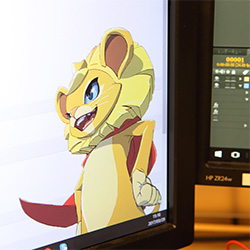 A GIFT
FOR ALL
CHILDREN

Greeting from the Representative

Delivering next vision for new decade 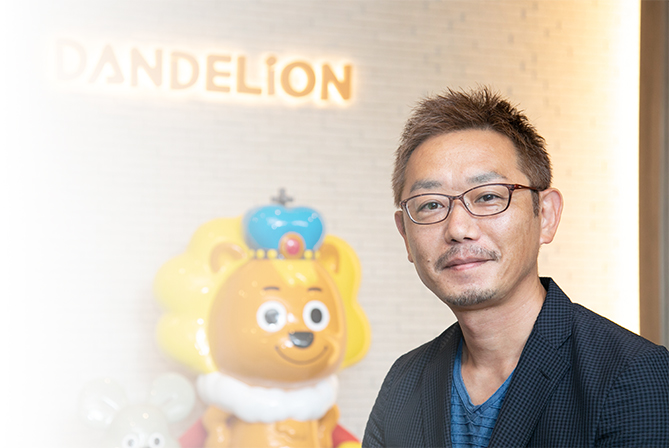 We started from a small studio of 5 members. Through producing animations of different types, we’ve gained pretty much experience in this field and ten years later we have become a production studio with 80 staff that can afford TV and theatical series animation production.
Compared with automated large scare plants, we are more like a small factory where gathers experienced "animation" craftsmen. Thus, there is a limit for production quantity and speed. Lucky that we have qualified teams that can make products with high quality.
For next 10 years, we are thinking to make titles which show how DandeLion want to be.

"A gift for all children"

This is our first and of course, the most important mission.
Instead of pursuing only for fame or being unusual, we prefer to produce titles which can really make people feel touched with great empathy.

Please keep an eye on this small animation "factory" located in Nerima, a suburb ward of Tokyo. We will keep spreading animation throughout the world.

Fireworks, Should We See It from the Side or the Bottom?

A Letter To Momo

Origin of the corporate name

Our corporate name came from flower, dendelion. In French, "dandelion" has a meaning of "lion’s teeth(dent-de-lion)", also.
Dandelion is the small flower which bloom partically anywhere, consisting one flower with bunch of flower petal.
Even more, green leaves look like teeth of lion.
Also, when blooming season finishes, puff will fly on the wind. It has vital energy, and can bloom flower wherever it’s seed lands. With an adult’s perspective, it is too small and not gorgeous flower, but as a child, it is a flower you see daily.
DandeLion Animation Studio is production studio which make TV and theatical series CG animation which strongly bloom to children’s point of view.

Origin of the company logo

We have renewed our company logo for 10th year anniversary. Motif of the logo is our former logo, which was illustration of lion and our original character "Kenta". We created simple character logo which can be widespread and popular, as well as easy to read but playful.