Animation
which reflect
the world. 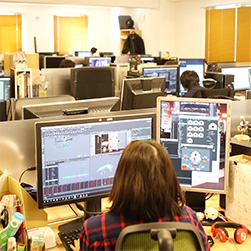 A GIFT
FOR ALL
CHILDREN 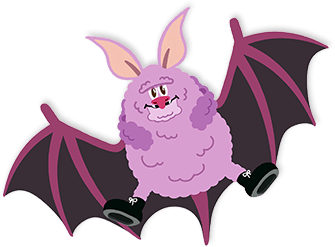 I’ve been working as animator from 2008.

I would like to do storyboard more often in the future. 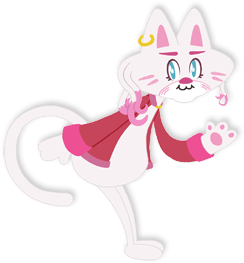 I am in charge of direction.
・I will suggest prosess, work flow, staffs, etc. Need to think of budget and image of title.
・For pre-production, I have to brain-storm with client and our in-house staff. As my personal impression, it is the most delicate part of the work.
・I have to do both control of schedule and quality as well as verification process of production. This part will make influence to whole project, so I have to view total image of project.
・Recently, I do not have time to work by myself, but will help compositing work if needed. Even it is hard time of production but will feel like runner’s high.
・Final delivery

When I was small, I was a girl who get too much concentrated and cannot see other things.
I remain so even I grew up to be an adult. I want to stay as it is for whole my life.
Although, I will do anything if my kid say “wow, it’s great, Mom!” 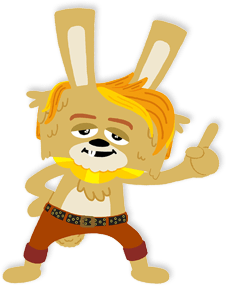 I’ve started working in this industry from 1995. Starting from pre-rendering for game, theater series, TV series, became generalist in CG, and decided to become techinical person.

I’ve been focused on rig until now, but am thinking to build up new pipeline which we can be shared in our office. When we established our studio, there was only 2-3 technical employees, but now, it becomes big as a team. So I think it’s time to exert more energy to raise the standard of our team. 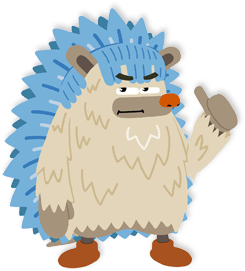 Recently, I have been working as CG director for animation series.
I will talk with other staffs, and sometimes, I will propose how to use CG in project and how the finish up looks like, and produce CG part of animation. Fun part is finding the best way for production. Since I was modeler, I will also do modeling, look, compositing work also, together with direction of the project.
Since our staff change with project, I have to do training for new staffs as well as improvement of operation.

When I get too old, it is very difficult to work in this CG industry. I would like to do soba noodle shop or pizza shop then. Or I want to teach drawing in weekend with my wife at small place. Although, I still do cannot buy house for ourselve yet… 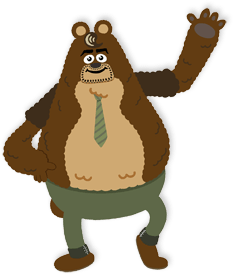 My work is to connect creator and production committee/investor. Since I was rental video shop owner before, I try to view whole vision of project from end-users point of view and also sales person/PR’s point of view. Before I specialize in animation, I was making documentary and original live-action video, so I try to think in a way not too biased by animation way of thinking. Although, I am the one who keep asking for favors, so seems cannot enjoy a long life.
One director offered a complement that I am the person who only talk about money.

Want to do production of animation which has plentiful funds and time, and doesn’t cause disruption among staff.
Want to do major work of DandeLion together with our team. 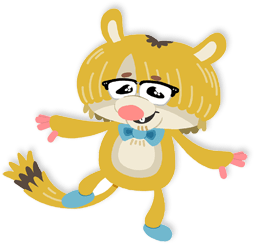 ・My work start from when director and CG team start to talk regarding the title.
・It depends on whether character is in 3D or 2D animation, but I will assign staff which suits the title.
・I have to hold a series of discussions with other section during whole process of production.
・I have to do management of the quality and schedule as needed.
・Once whole process is done and completed the work, I will propose to all parties for job well done party.

Want to produce character which can be loved by children for long term. 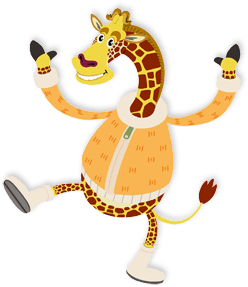 Produce
Since I will be part of project from the beginning, I have to think of concept of the title, consider the storyline, storyboard, character, design of props, background image, etc.
I have to discuss with modeler, setups, animator, and/or compositer and shara the image. We will group as one and work up to finish up the production of the title.
Project manager
I will do management of schedule, budget, and staffs and work as a bridge between clients and our in-house creators. This part seems not so important, but actually, this part affects the quality of the work.
Since project manager is the position which can learn a lot regarding animation work procedure, there are many people who will become producer from project manager.
Other
I’ve been working with this studio from early stage. So, I have done web creation, designing of merchandizing, proposed original animation. I even ordered renovation of our studio to my father, who is doing interior construction.

Want to produce animation which only DandeLion Animation Studio can make.